Audrey, who spent over thirty years in the sector, most recently as Business Development and Contract Manager with LEDCOM, retired in 2020.  She continues to serve on a small number of voluntary boards, including Community Finance Ireland (formerly known as UCIT) and Ballyclare High School.

When Audrey began her career, working in Newtownabbey, Rathcoole and Monkstown just outside Belfast to stimulate private enterprise, the sector didn’t have an official name.  She said:

“I just knew I wanted to help people.  Back then there was a scheme call ACE, aimed at getting the long term unemployed into work, that included a paid work placement.  I asked to meet some of teenagers involved, specifically, a girl who was a hugely talented artist.  I’d been to art college but I knew this girl was so much better than me and had so much potential to make a living from her talent.  But when I asked her what her dreams were, she just wanted a year in the ACE scheme.  She hadn’t been shown how to dream big for herself.”

Audrey struggled with dyslexia as a child and left school unable to read or right properly.  The only career options presented to her and her classmates were, “stitching knickers or slaughtering pigs or moving to England to find work” and none of those options appealed to her. With a diagnosis of the condition in her teens and encouragement from her older sister, she took up a place in art college, which she loved.  While she never formally worked in the arts sector, she used her creativity to develop solutions to business challenges, of which she faced many throughout her career.

Working with many communities at grass roots level, she sometimes found herself the only female in a room full of ex-prisoners and community representatives.  Never one to be intimidated, Audrey was always focused on what she wanted to achieve.   “I have empathy with people who are being limited.  People need a champion to fight for them and I wanted to be that person, to make a difference.” While it is difficult to pinpoint just one highlight in such a long and diverse career, Audrey notes that in her role at LEDCOM she oversaw the creation of over 600 new social enterprises.  “Social enterprises are a fantastic business sector and the word ‘business’ is a deliberate term, as they make money but they do good.  They meet both social and economic needs, that other private and public organisations sometimes don’t even touch.”

Referring to her award, Audrey quipped:

“They don’t give you a lifetime achievement unless you’re old!  I’m retired now, but it was a wonderful recognition of all the people who I worked with throughout my career and the difference they made.”

“We’re delighted that Audrey received this award, which is a testament to her tenacious attitude and determination to always make a difference.  We’re lucky to have had Audrey involved with our Board, as she mirrors our own values of Empathy, Integrity and Quality. She brings a direct way of working, attention to detail and a compassionate and forthright approach to doing good for those who need it most in society.”

“As the foremost support agency for Social Enterprises across Northern Ireland I was very pleased to present Audrey with this award on behalf of our agency. She has had a tremendous impact on the support and visibility of those in our communities who need it”. 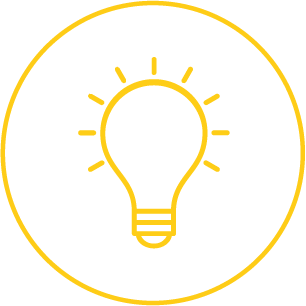 Then get in touch and let’s see what we can do together.

This website uses cookies to improve your experience while you navigate through the website. Out of these cookies, the cookies that are categorized as necessary are stored on your browser as they are essential for the working of basic functionalities of the website. We also use third-party cookies that help us analyze and understand how you use this website. These cookies will be stored in your browser only with your consent. You also have the option to opt-out of these cookies. But opting out of some of these cookies may have an effect on your browsing experience.
Necessary Always Enabled
Necessary cookies are absolutely essential for the website to function properly. This category only includes cookies that ensures basic functionalities and security features of the website. These cookies do not store any personal information.
Non-necessary
Any cookies that may not be particularly necessary for the website to function and is used specifically to collect user personal data via analytics, ads, other embedded contents are termed as non-necessary cookies. It is mandatory to procure user consent prior to running these cookies on your website.
SAVE & ACCEPT
Top